Annual mugwort (Artemisia annua) belongs to the genus Artemisia which is part of the daisy family. Artemisinin is a compound of this plant and was isolated for the first time in 1971. It has long been used successfully by traditional Chinese medicine as a remedy for malaria. In 2015, the Chinese pharmacologist Youyou Tu was awarded the Nobel Prize in Medicine for the extraction of artemisinin. LupArte 2.0 includes further synergistic molecules for artemisinin, e.g. casticin and eupathorin, that have been spectroscopically validated / quantified / optimized. Areas of application are: tumors in dogs and cats, IBD / IGOR in dogs, canine leishmaniasis. 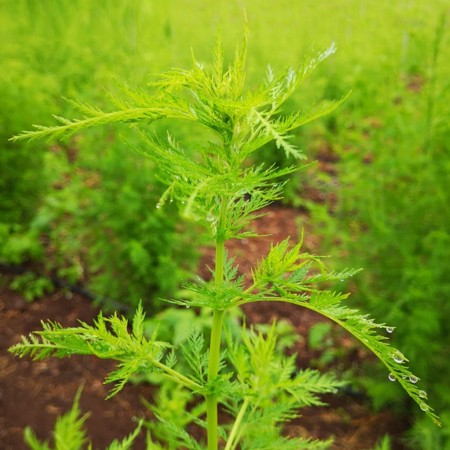 A video on the cultivation of Artemisia annua for LupArte 2.0 on Tenerife can be found here.